Peter Meyer is an adjunct fellow with the Thomas B. Fordham Institute. Meyer is also a former News Editor of Life magazine and the author of numerous nonfiction books, including the critically acclaimed The Yale Murder (Empire Books, 1982; Berkley Books, 1983) and Death of Innocence (G.P. Putnam’s Sons, 1985; Berkley Books, 1986). Over the course of his three-decade journalism career Meyer, who holds a masters degree in history from the University of Chicago, has touched down in cities around the globe, from Bennington to Baghdad, and has written hundreds of stories, on subjects as varied as anti-terrorist training for American ambassadors to the history of the 1040 income tax form. His work has appeared in such publications as Harper's, Vanity Fair, National Geographic, New York, Life, Time and People. Since 1991, Meyer has focused his attentions on education reform in the United States, an interest joined while writing a profile of education reformer E.D. Hirsch for Life. Meyer subsequently helped found a charter school, served on his local Board of Education (twice) and, for the last eight years, has been an editor at Education Next. His articles for the journal include “The Early Education of our Next President” (Fall 2008), “New York City’s Education Battles: The mayor, the schools, and the  'rinky-dink candy store’” (Spring 2008), “Learning Separately: The case for single-sex schools” (Winter 2008), and “Can Catholic Schools Be Saved?” (Spring 2007). Meyer also writes and edits, mostly on education, for the American Enterprise Institute and the Manhattan Institute.

Beating the odds: Some school boards can do it 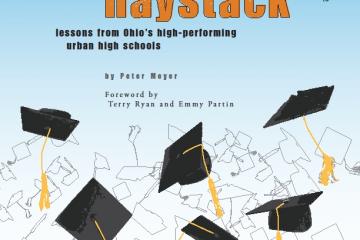 Needles in a Haystack

Thank you, Diane Ravitch, but…

“The Writing Revolution” may just be a reading revolution (with thanks to E.D. Hirsch)

The fear factor: Merit pay with a punch