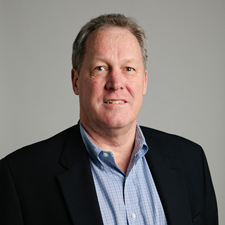 Michael Kelly is a Trustee of the Thomas B. Fordham Institute and the Thomas B. Fordham Foundation. He is the President and CEO of Central Park Credit Bank. Previously, he was a Managing Director at Guggenheim Partners, a private financial services firm, and also a Managing Partner at The Flying Point Group, a Structured Finance and Investment Advisory firm, which worked with European banks to restructure existing businesses in a capital and regulatory efficient manner. Prior to that he was a founding partner of The Broad Street Group, an investment bank/hedge fund start-up which executed over $2 billion in structured finance transactions.

Mr. Kelly began his career on Wall Street in 1979 as an associate in the litigation department of Seward & Kissel. He held Vice Presidency positions with Salomon Brothers and J.P. Morgan Securities and served as a Managing Director of both Smith Barney and Ambac Financial Group.

New York Governor Pataki appointed Mr. Kelly to serve on the board of the New York City Housing Development Corporation. He also serves on the board of the New York State Real Estate Mortgage Insurance Corporation, which acts as a financial guarantor for New York State housing initiatives. He is the chairman of the Budget Advisory Committee for the Town of Southampton, New York.

A graduate of Georgetown University (B.A. 1976), Mr. Kelly received his J. D. in 1979 from Fordham University. He resides in New York.