David Whitman covered social policy for U.S. News &amp; World Report for nearly two decades, from 1985 to 2003. His articles have appeared in the New York Times, Wall Street Journal, Washington Post, the Atlantic, New  Republic, and numerous other publications. Since leaving U.S. News in 2003 to embark on a career as a freelance author and editor, Whitman has written widely on education, as well as environment and energy issues. Before becoming a journalist, Whitman wrote case studies on public policy issues used to teach students at the John F. Kennedy School of Government at Harvard University from 1978 to 1984 and co-authored two books based on his case studies. Whitman is also the author of The Mad, Mad World of Textbook Adoption (Thomas B. Fordham Institute, 2004) and The Optimism Gap: The I'm OK-They're Not Syndrome and the Myth of American Decline (Walker, 1998). He graduated summa cum laude from Amherst  College in 1978 with a B.A. in Political Science. Whitman lives in Washington, D.C., and is married to fellow journalist Lynn Rosellini. The couple have a teenage daughter in high school. 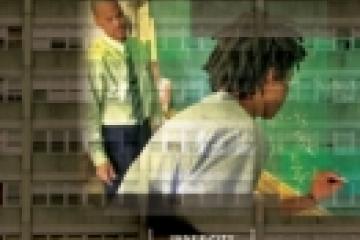 Sweating the Small Stuff: Inner-City Schools and the New Paternalism