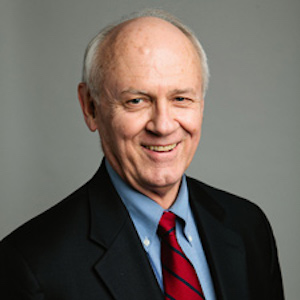 Thomas Holton is the Secretary and a Trustee of the Thomas B. Fordham Institute and the Thomas B. Fordham Foundation. He is also Counsel to the Firm at the Porter, Wright, Morris & Arthur law firm and is a member of the Business Law Department in their Dayton, Ohio offices. His areas of practice include general corporate law, business sales and acquisitions, labor negotiations, business and succession planning, and higher education law.

A graduate of Ohio State University (B.S. 1964), Mr. Holton received his J.D. in 1967 from the University of Detroit School of Law. He resides in Dayton, Ohio.