Pat Cirillo, Ph.D. is the president and founder of Cypress Research Group in Cleveland, Ohio. As an analyst and statistician, her work has been in a broad spectrum of industries within the for-profit, not-for-profit, and government arenas.

Pat earned a Ph.D. in behavioral neuroscience and an M.S. in experimental psychology from Syracuse University. After starting her career at Gordon S. Black Corporation (now Nielsen/Harris Interactive), Pat joined Triad Research Group in Cleveland. She started Cypress Research Group in 1997. Pat teaches statistics and research methodology on an adjunct basis at Cleveland State University's College of Urban Affairs. She serves on several non-profit boards and advisory committees in her community. 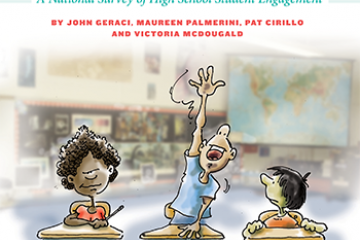 What Teens Want From Their Schools: A National Survey of High School Student Engagement