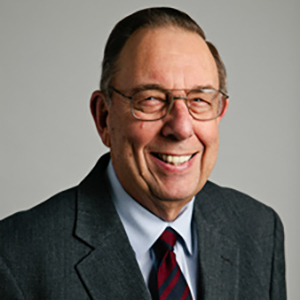 Dr. Ponitz's list of honors and distinctions runs quite long. He received the Thomas J. Peters Award for Leadership Excellence in the Community College and the ACCT's Marie Y. Martin Chief Executive Officer Award in 1989. Ponitz was named among the top 100 College and University Presidents in the United States by the Council for Advancement and Support of Education. In 1991 he received "The Living Legend Award" from the Martin Luther King, Jr. Holiday Celebration Committee. The following year he recieved the Sinclair Honorary Alumnus Award and the India Foundation Honor. He has received the Distinguished Eagle Scout Award, was named Montgomery County Citizen of the Year in 1994, and received the Sunrise Center Honorary Heart Award and Smitty Award from the Public Relations Society of America in 1995. Ponitz was awarded an Honorary Doctorate of Humane Letters from the University of Dayton in 1996. He received the Anti-Defamation League Award in 1996 and the Citizen Legion of Honor Award the following year. In 1998 he was named a Friend of Community Colleges by the OACC and in 1999 he received the Governor's Award for Education. Ponitz received the National Management Association Hall of Fame Award and was named by the Dayton Business Journal as one of Dayton's 25 most influential people in 2001.

Dr. Ponitz has been a member of numerous distinguished organizations including the Managing for the Future Task Force of the Ohio Board of Regents, the Southwestern Ohio Council for Higher Education, the Association of Community College Trustees, the Dayton Development Council, Ohio Council on Economic Education, and the Miami Valley Research Institute. Ponitz has sat on the boards of the Downtown Dayton Partnership, the League for Innovation in the Community College, the Dayton Art Institute, the United Ways of Dayton and Ann Arbor, the American Association of Community Colleges and AACC President's Academy, and the Alliance for Education. In addition, he has been Chairman of the Mid-America High Tech Group, the Miami Valley Regional Joint Labor-Management Council, the Area Progress Council, and the Performing Arts Educational Task Force. Ponitz has been Commissioner of the American Council on Education, Vice-President of the Miami Valley Research Park Foundation, and is listed in Who's Who in America.

Dr. Ponitz and his wife Doris currently reside in the Dayton, Ohio area. They have two children.

Remediation in Higher Education: A Symposium